When I arrived to Michigan in late November, it was starting to get cold but the temperature hadn’t hit freezing point yet. I was constantly checking the thermometer, not because there was much of a difference between 1°C and -1°C, but because I was using water inside my RV to wash up and shower, and I would’ve had to empty all the tanks or else the ice would burst the pipes open. The propane-heated tank allowed me, 20 minutes after turning it on, for close to 4 minutes of hot water. Barely enough for a shower by most standards, but throughout the months on the road, I learned how perfect these 4 minutes could be after a long cold day outside. Incidentally, having to soap up, brush your teeth, shave (when bothered to), and rinse in a few minutes would turn any eco-oblivious person into an eco-friendly one, assuming their vehicle’s mileage was better than 10 miles per gallon..

When the temperature did eventually drop below zero (that’s 32°F for you non-metrics) and it started to snow, I checked into a campground in Allendale, an hour and a half away from Lebanon, Michigan. I was met there by Rob, the camp owner, a man with piercing blue eyes and a neon blue Mohawk. He was helping me refill my propane tank when I asked him if he was tired by now from people asking him about his hair; I couldn’t have been the first person to stare. He laughed and said he didn’t mind at all. I then asked if he’d allow me to photograph him and he was more than accommodating. As we were talking while I was shooting, he opened up about the story behind his haircut:

“I worked in corporate IT for 27 years. One night, I was in a boardroom meeting and I received a phone call from home. I ignored it. Then I got a second call and my rule is, if it’s twice, it must be important. So I stepped outside to take the call and it was my four-year old daughter. ‘I just want to say good night, Daddy’, she said. I yelled at her for interrupting my meeting. Later that night, on the flight back home, I kept thinking to myself, did I just yell at my four-year old for wanting to wish me good night? I quit my job, moved to the country, bought this land, and now I own the campground and about to get a double-wide mobile home for the family. My two daughters decide what color I should do my Mohawk. On election week we had it in red, white, and blue. The week before that, it was a rainbow.”

After settling into my parking spot in the falling snow, I realized I had run out of clean clothes and I needed to do my laundry. I had also run out of detergent, so I asked the man working on the RV parked beside me if he knew where to buy some, and where to find change for the coin-operated machines. He jumped from underneath the car, smiling. “You don’t need to worry about that”, he said. He went inside and came back with a bottle of detergent and a bag of coins. “Here you go, please take them”. I tried paying him, but he wouldn’t have it. “Don’t be silly, go wash your clothes. Wait, do you have gloves? You can’t walk around like this in the snow. Here, take these ski gloves, I have an extra pair and I won’t need them.”

Other than repeating “thank you very much” over and over, I didn’t know what else to say. I asked him what he did for a living and, like Rob, he had an interesting life that took a sudden change halfway through.

His name was Tom and he used to work for the city in Detroit at a youth-oriented program. But he grew frustrated that he wasn’t making any real difference. The community was impoverished yet he couldn’t understand why all these kids would keep spending their parents’ hard-earned money on expensive sneakers. This wasn’t the kind of poverty that he could help solve. He said that he prayed for God to help guide him. And one day he woke up, sold all his belongings, and moved with his wife and son to Haiti. He is now a minister there, working with an organization called “Faith in Action”, helping local farmers grow trees whose fruits are not common on the market, and thus could be exported for high prices, enabling them to rise above poverty. The only possession Tom had was his small RV. He would fly to the US a few times a year to meet with potential donors who could fund buying new trees for the farmers in Haiti. 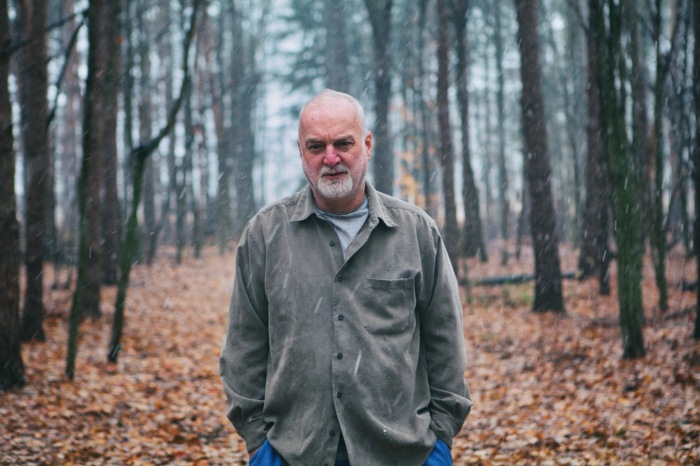 Driving to Lebanon the next day proved to be similar to many of my visits to other Lebanons. Deserted farmlands and empty streets. I thought perhaps it was the changing weather; people don’t venture out into the cold as much. But animals are more resilient, and the sight of horses behind a fence meant there had to be at least some humans nearby. I parked by the fence and went walking around. I saw an abandoned house with boarded-up windows; I walked up to it to take some pictures. But as soon as I got closer, out of nowhere a mastiff started running towards me, barking. Luckily he was attached to a long chain and couldn’t reach me. The front door of the house which I thought was abandoned opened and a woman’s voice blared: “Who is this and what do you want?”

I introduced myself from a distance and the woman walked out the door, looking to be in her late 40s, her long blond hair tied in a ponytail, and dressed in hunting clothes. She was very beautiful.

“Well come on in, don’t just stand outside. My name is Annette.”

Once inside, had I not seen the miserable state of the exterior, I would not have guessed it was the same house. It was furnished and clean, but still humble. She must have seen the puzzled look on my face and said: “Yes, I know. The house is a mess outside, but I’m renovating it little by little, on my own.”

Wanting to know more about the township and why there wasn’t any people around, she laughed and said: “Honey, it’s a tiny farming community here, everybody’s Irish and today is Sunday. So they’re still hung-over from yesterday. Anyway, how old do you think I am?”

A loaded question if there ever was one. I changed my early estimate to be more complimentary and said early forties. “Well I’m 57, how about that?” I was genuinely stunned and she seemed to enjoy my disbelief.  “Yes, and I’m working on this house all by myself, because I don’t need no man to help me out.”

I thought this meant she had no family, but I couldn’t have been more mistaken. After mentioning that she had more than a dozen kids, I jokingly said: “So you must be Catholic.” She laughed and said yes, but added that she didn’t follow all the church’s teachings. “Let me tell you the whole story,” she offered:

“I have 14 children, 29 grandchildren, and two great-grandchildren on the way. My friends call me sunshine; I got the word tattooed on the back on my neck. But it wasn’t easy growing up. Last time I saw my dad was before my 9th birthday. And both he and my mother were alcoholics and abusive. She died when I was 14. I didn’t have any relatives so I was put in an orphanage for 3 years. I married young and married dumb. He was a lazy, abusive, good-for-nothing, but I never fought back. I was cleaning houses in the day and milking cows in the evening to raise the kids. Do you know who Kathy Lee Gifford is? I heard her say on TV once that if you settle for what you’ve got, you deserve what you get. I had two choices and I picked living. It’s better now. I bought these 80 acres here, got my horses and my dog Reese, and my ex-husband is back living with his mom and dad. One day I want to retire in Florida; it’s warmer there. I visited a few times and everybody looks different. But if they all get along, so what? Though I have to say, people there don’t seem to have as much time talking to you as they do here.”

The coincidence was not lost on me. The three people I had met during those two days were all at one point unsatisfied with the way their life was going. And they made a conscious decision to change it for the better. I found solace in their stories and it made me feel better about the decision I had taken months before to quit my job, leave everything behind, and go about my quest. Rob, Tom, and Annette were happy now. And so was I. 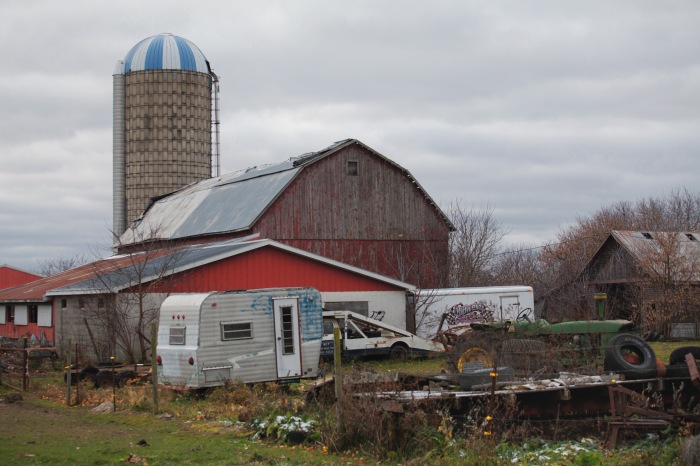 9 thoughts on “Lebanon, Michigan: A campground owner, a minister, and a farmer.”