I’ve never been alone on Christmas. I always spent it with my family. As a kid, it was with my parents and brother and sister. In graduate school in San Francisco, it was with my aunt and cousins. Which is why this year I wasn’t exactly thrilled about the holidays; I’m in Lebanon, Pennsylvania by myself.

I flirted with the idea of decorating the RV with a small tree or some hanging lights to feel some of the season’s spirit. But I quickly dismissed the idea because I had little patience for putting up decorations and, more important, even less patience for taking them down. Six years ago, to get my family – which now included my 6-month old nephew – to spend Christmas Eve at my place, I conceded and bought a tree, with decorations, lights, and a wreath pinned on the front door. But when spring came a few months later and my apartment still looked like December, I knew this would be the last time I tried.

The day of the 24th proved to be much more cheerful than I had expected. Early in the morning, I went to the post office to pick up a box that my aunt had sent. It was food from back home. Fig jam, Syrian Barazek cookies, roasted nuts, pita bread, Jordanian zaatar, and Lebanese Halawa. A Levantine feast to cure all holiday blues. After gorging myself and taking a sugar crash-induced nap, I video chatted with my family who were already having dinner, given the 7-hour difference. When I left Beirut for this trip in September, my 18-month old niece barely spoke a word; now she was repeatedly yelling my name at the screen. The blues came rushing in again.

Care package I received from my aunt Samia in San Francisco

I retreated to my RV, working on the computer for the afternoon, all while hearing the muffled noises of frenzied last-minute shoppers at the strip mall where I was parked. By the time I was done and stepped outside early in the evening, the area looked like a ghost town. The stores were closed, and only a couple cars were left in the lot. As I walked around I saw one small Chinese restaurant still open. Christmas Eve dinner didn’t have to be a Lebanese feast; noodles and Beijing beef would do just fine. I ate my dinner watching “Home Alone”; it still makes me laugh after all these years. But then I thought I don’t really need to be all alone tonight. A friend had told me about St. Charbel, a Lebanese church in West Chester, a 75-minute drive. So I decided to go there for midnight mass.

I went a little early, figuring I’d meet some from the community there. By the time I arrived around 11:15pm, the mass had already started. We Lebanese have a reputation for always being late; I didn’t think immigrating to the US would reverse it so drastically. I walked into the church and a blast of hot air hit me in the face. It was freezing outside and inside it was a furnace. I sit in the last pew and I notice the thermostat behind me is set to 83F/28C. Were they so homesick that they were trying to recreate the feel of a Beirut summer inside the church? But then the choir started singing, off-key, and whatever hope I had of feeling a slice of Lebanese Christmas dissipated right away. They had kept the Maronite tunes, but changed all the words into English. It was like pairing Arak with a hamburger; it just didn’t work. When the priest started reading his homily, it became obvious the poor man knew almost no English, and whatever message he intended to deliver came out indecipherable. I was stifling my laughs while feeling ashamed of myself, but I couldn’t help it. I left in a hurry after the mass was over and drove back to Walmart to sleep. 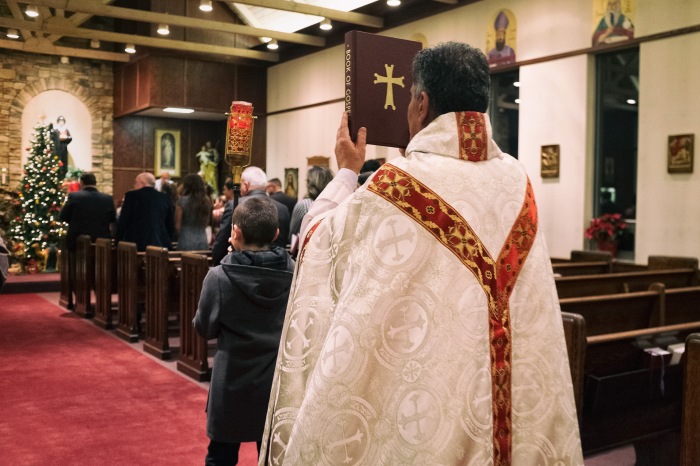 All the stores were closed the next day and only a few cars passed every now and then. I had the city to myself so I went exploring with my camera. I went to the neighboring town of “Intercourse” where, paradoxically to the sexually suggestive name, only the deeply religious and technology shunning Amish community lived. But it was Christmas day and I only saw a few of their horse-drawn buggies. After an hour of taking pictures of store signs with the word Intercourse affixed to them, the joke grew stale and I returned to Walmart.

Very shortly after, I hear 2 cars breaking to a stop behind and to the driver’s side of the RV. I look and it’s 2 police officers in different uniforms. I thought, great, I’m intercoursed. I roll down the window, and the first officer has a badge that read ‘North Lebanon’; the other one ‘South Lebanon’.

South Lebanon: “Were you taking pictures of the power plant before?”
Me: “Yes, why?”
North Lebanon: “They saw someone shooting and they filed a complaint with your license plate.”
Me: “That was quick. It was only 15 minutes ago. Am I not allowed to take pictures?”
South Lebanon: “you are, but we just want to see what you’re doing. Driver’s license, please”

I gave him my license and proceeded to tell both officers about my trip and the project I was doing. North Lebanon smiled, South Lebanon couldn’t care less. I joke and say: “Now how about I take a picture of you two next to each other. North and South Lebanon? Come on, that’s funny.”

They wouldn’t have it. To be fair it’d only be funny in the real Lebanon. South Lebanon tells me I’m good to go, North Lebanon shakes my hand and says he’ll follow my blog. 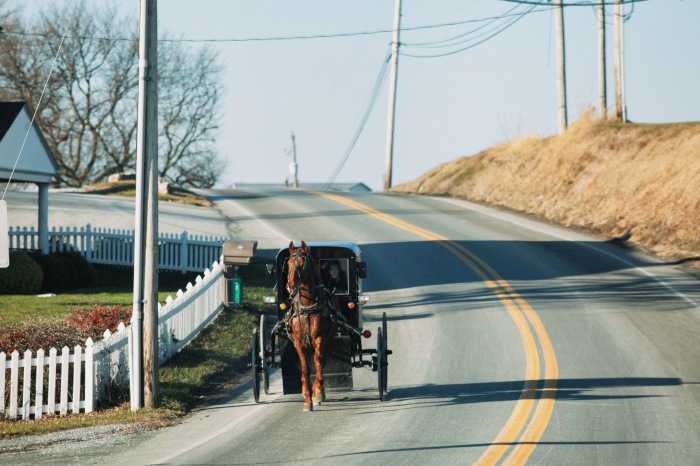 The following week, the day of New Year’s Eve, I was on my way from Pennsylvania to Kentucky. By that time, I wasn’t thinking much about the year-end celebrations; it was a day like any other. But I was mistaken. Early in the afternoon, wanting to stop for a late lunch after hours of driving, I pulled up at a Chinese all-you-can-eat buffet restaurant in Mount Sterling, Kentucky. It might as well have been called Babel. I am familiar with the Southern accent in the US, but whatever the folks in that restaurant were speaking was a foreign language to me. The hostess, who spoke broken English with both a Chinese and Southern English wouldn’t understand what I was saying, and it was mutual. When I went to the Japanese grill to pick up some Teriyaki – it was called a Chinese restaurant, but weirdly also served Japanese and American food – the Hispanic man behind the counter smiled at me and started speaking Spanish. I’m used to being mistaken for a Latino in the US, but at that time, I only wanted to have a conversation with someone in a language I understood. Thankfully I was used to saying “Lo siento, no hablo español”, sorry, I don’t speak Spanish.

I would have been extremely happy if my encounter at the restaurant was restricted with being inundated with unfamiliar dialects. But when you go to a $6.99 open buffet, you know you might suffer some unwanted consequences. When the clock hit midnight in Beirut, 5pm in Kentucky, and my facebook and whatsapp feeds were filling with messages of celebrations, I had been in the facilities for half an hour, going through a crisis that is better left out of polite conversations.

Later in the evening, I made my way to Lexington, swearing I would never touch food again for a week. I considered going out for a drink, but just a 100 meters ahead of me, the roads were all blocked as a drunk driver had slammed into a car with 3 women, and the police, firemen, and ambulance were taking care of the injured and clearing off debris off the road. Luckily there were no casualties. Figuring I’d better be off the roads on such a night to avoid those driving under the influence, I went to bed before midnight. But soon after, I got woken up to the sound of gunshots being fired on and on; it sure wasn’t fireworks. For a second there I thought I just woke up in Beirut where some of the trigger-happy people fire up their machine guns and pistols in the air when the clock strikes twelve. I suppose that’s one way where Kentucky was like Lebanon that evening. Strangely, I thought of this as a good sign for the new year. 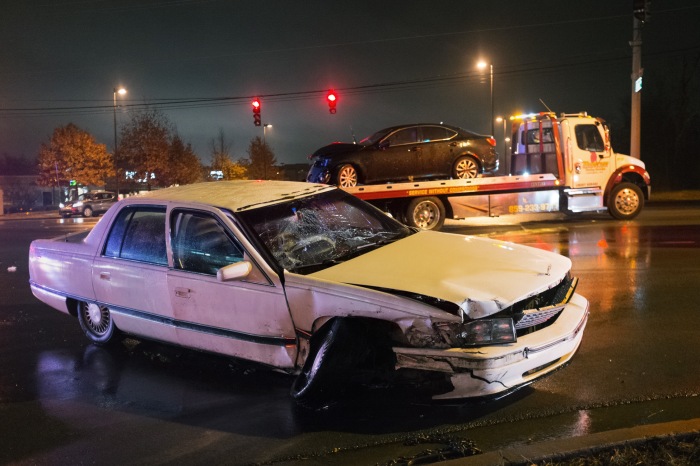 20 thoughts on “Christmas in Pennsylvania, New Year in Kentucky”